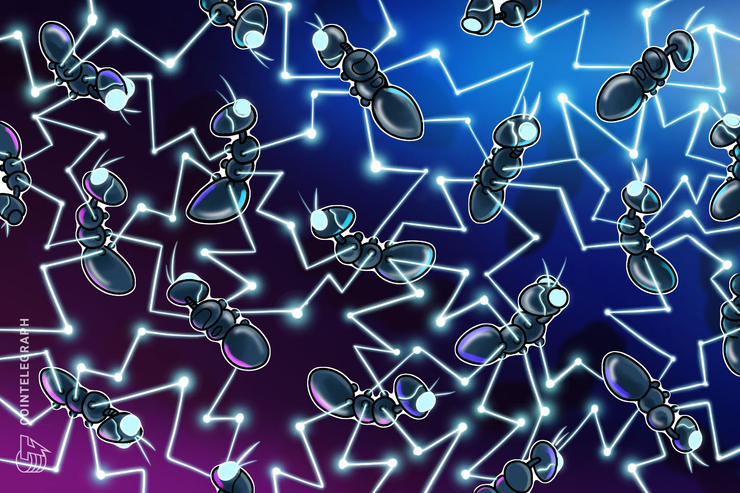 Speaking at Elev8CON in Las Vegas on Dec. 10, Majority Leader of the California State Assembly Ian Calderon discussed plans to bring greater legal certainty for blockchain technology to the State of California.

California is the most populous of the United States, with about 40 million residents. Were it to be an independent country, it would have the fifth-largest economy in the world. Calderon explained, “The government plays a huge role in the future of the blockchain industry. We need to create consumer confidence to let people know that this industry is safe. Government regulation provides this.”

On Feb. 15th  2018, Calderon introduced Assembly Bill 2658 to provide legal assurance around the use of blockchain technology. Bill 2658 is tasked with researching and providing documentation on blockchain’s potential uses, risks and benefits to state governments and businesses.

More importantly, the bill established a working group under the California Government Operations Agency (GovOps). The group, which is comprised of individuals interested in advancing blockchain, is expected to issue a detailed report to the California state legislature next year.

“The working group is creating legislation to establish best uses, practices and regulation of blockchain in California. We plan to write a report and provide this to the state legislature to craft policy around blockchain,” Calderon told Cointelegraph.

While the report is due on July 1, 2020, Calderon mentioned plans to bring forward a piece of policy that encapsulates what the working group’s activities by the end of January of next year.

“We need to get at least a definition on the books to provide information on what we call blockchain, how we define it and what use cases as a state we are willing to venture into,” explained Calderon.

Calderon mentioned that defining blockchain technology has been the first task for the working group, as implementing this language into the proposed bill is priority in order to get legislation dependent on such vocabulary passed as soon as possible.

The Assembly Bill 2658 currently describes blockchain as a “mathematically secured, chronological and decentralized ledger or database.”

The working group recently came up with a new definition:

“Blockchain technology is used to build decentralized systems that increase the verifiability of data shared amongst a group of participants, which brings increased trust to the overall system.”

Calderon told Cointelegraph that it’s important to be mindful of a timeline in order to get the bill signed by California Governor Gavin Newsom, who recently established a Future of Work Commission. According to Calderon, the Future of Work Commission fits into the blockchain legislation and even leads into his proposed cryptocurrency legislation, which is currently spot language based on the Uniform Law Commission’s report on virtual currency. On the subject, Calderon said:

“We’ve looked through this report and plan to come back in January to sit down with key stakeholders to work on meaningful policy and regulations that will help explain how people and businesses can use blockchain in everyday life, with the confidence that there is regulation around this.”

Although a detailed report will be submitted to the state legislator on July 1st of next year, Calderon noted that this will be too late in terms of getting legislation passed by next year.

“There is an entire process a bill must move through before getting drafted into legislation. The earliest possible implementation date on blockchain related policy would be January 1, 2022 at this rate, which is a huge concern because there will already be a lot of movement happening in the space,” explained Calderon.

Joining Together To Pass Legislation

At the end of his keynote, Calderon made it a point to encourage everyone interested in blockchain to join the working group, noting that it is open to the general public.

“Don’t be afraid of government involvement – engage with the government. We are the ones making the decisions and we still don’t know exactly what we are talking about since this is a complicated technology. This is why we need as much engagement in California as possible,” explained Calderon.

Last week, the blockchain working group held a meeting at the University of California at Berkeley to discuss decision making approaches, cybersecurity measures, parameters to be used to access proper use cases and more.

Calderon shared that last week’s meeting was well received and that many good suggestions came from public commentary to drive the conversation of the working group forward.

“People who are actually working in the blockchain space are the ones showing up to our meetings. They are offering great commentary and driving these conversations,” said Calderon.

Ultimately, Calderon has aspirations for California to lead blockchain legislation for the entire country. He noted that while the working group is dedicated to drafting policy in California, he hopes that this legislation can work on a national basis. In his words:

“We want to learn from the mistakes made from other states that have drafted legislation for blockchain and make well informed decisions to come up with legislation that works best for California. We want consumer protection to be implemented on a state level, which only comes through regulation. We eventually want to create something that will work on a national basis. I’m excited about blockchain technology and where it will go moving forward.”