Maker releases proposal to increase the delay period following fears of potential risks to the executive contract as market forces pushed MKR tokens below the $400 mark. Can bulls sustain the pressure?

According to a published post on Coingape on Monday, we highlighted the risk that Maker and Dai collateral funds, totaling to about $340 million USD, are at risk. As a follow up to the story that break the crypto world given anyone with access to slightly above 40,000 MKR (currently worth about $20 million USD) will be able to change the executive contract and make off with at least over $300 million in funds secured by the contract.

While the hack remains almost impossible to carry out, given the scarcity of MKR tokens, or the illiquid nature of the tokens been stolen and KYC across exchanges makes it difficult to dump such an amount in the market without being noticed. However, the Maker DAO team has come together to find a solution to the “delay loophole” that set the platform on a risky road that would effectively kill off close to 50% of the decentralized finance (DeFi) industry.

As explained in the prior article, the Maker contracts are set such that once a proposal is voted for, a delay period is set so that is the proposal was a malicious one, the network participants will be able to stop it. However, Maker set this delay period to zero which allows the proposal to pass through and the community won’t have time to stop it if it is malicious.

In our case, if the thieves set the contract in motion, the network participants will not be able to stop this malicious act given the non-existent delay period.

However, in the past 24 hours given the exemplified risks that now Maker faces, given the public nature of the story, a proposal has been set up to increase the delay time to 24 hours to provide sufficient time to check through voted proposals.

News of a potential hack hurt the price of MKR against the dollar as the price dropped from intraday highs of $425 USD to $400 USD as at time of writing. What is more frightening is the cross below the wedge support which signals a bearish run on the coin in the coming days. 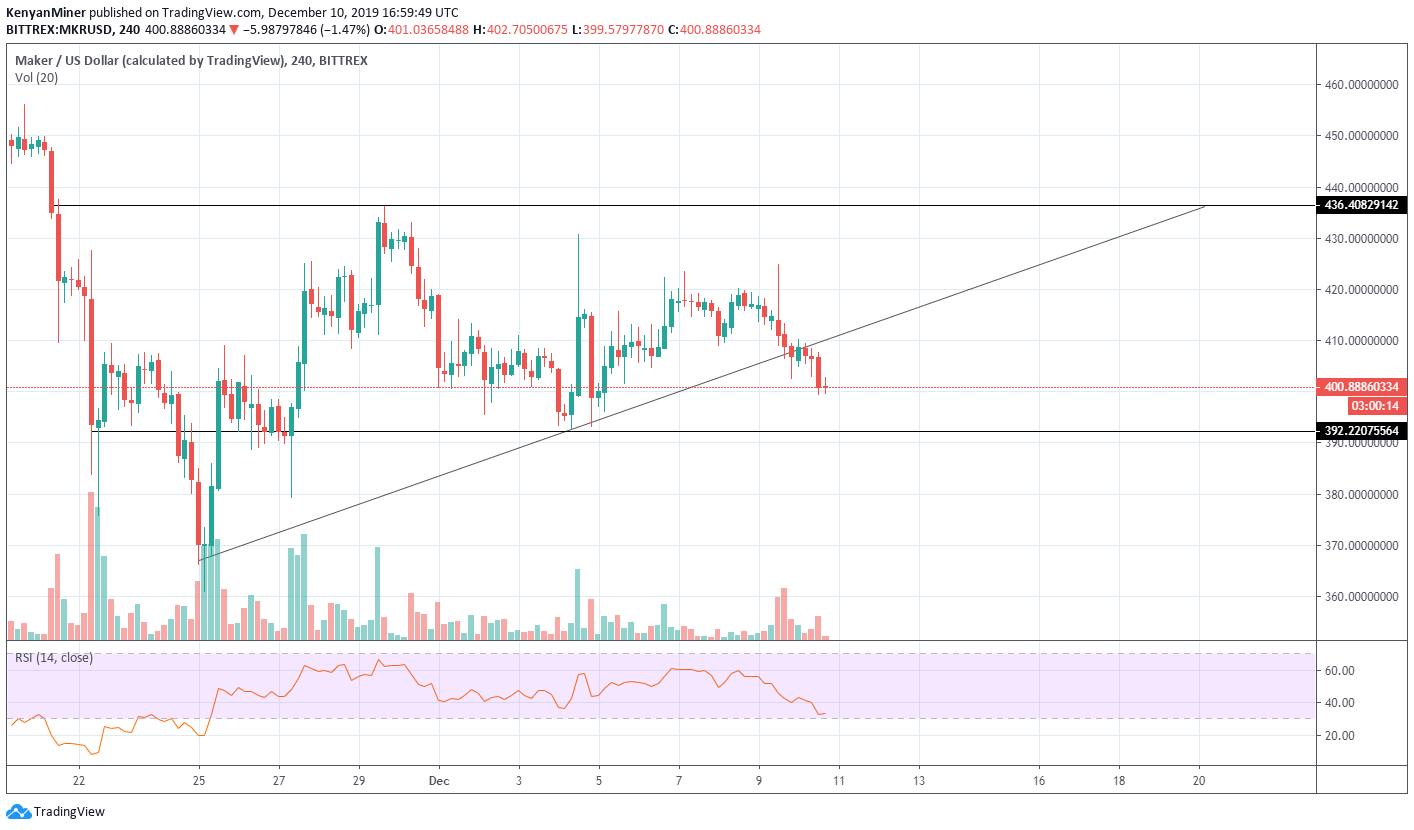 The 4H timeframe charts shows dire signs of a bull market resurging at least in the short term as volumes traded continued its downtrend. The relative strength index (RSI) currently oscillates at the lower band, signaling intense selling pressure on the MKR/USD pair on Bittrex.

A drop below the $392 USD minor support level spells doom for the Dai affiliated token. Such a case shows bears are in control and may set the price further below towards lower support levels at $360.00 USD.

.@MakerDAO is practically vacuuming up $DAI! +17% locked in Maker in the last 24 hours, pushing the total over 14M DAI pic.twitter.com/Y2Hy3WsY20

However, not all is gloomy on Maker, as the lending platform built on Ethereum saw a 17% boost in DAI locked up, crossing the all-time volume at 14 million DAI tokens. 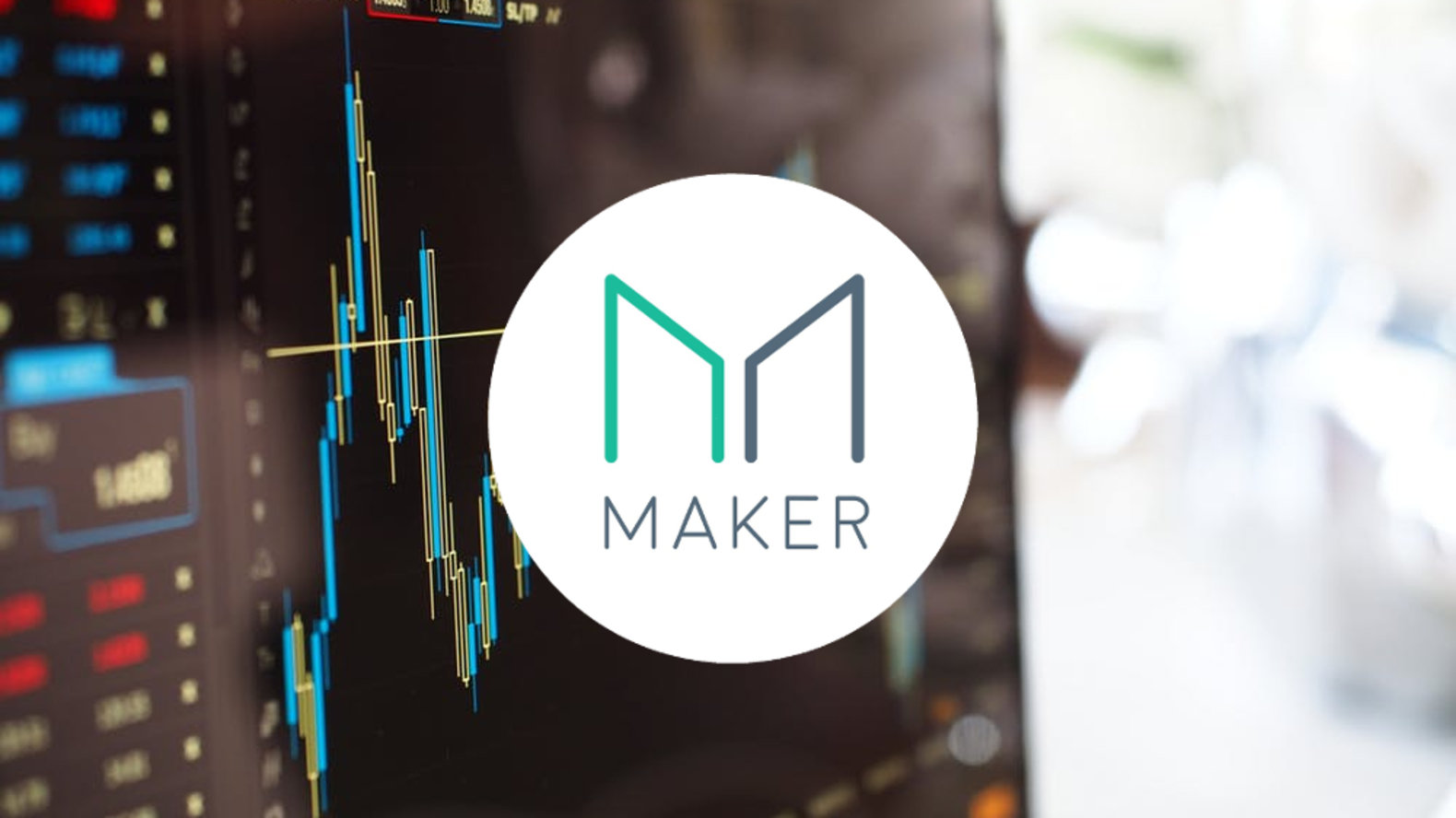